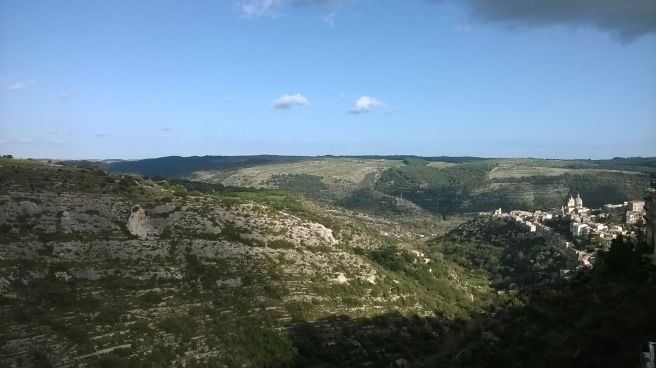 © 2017 American translation by Adeodato Piazza Nicolai of GIORNI IBLEI written by Angela Greco. All Rights Reserved both for the original and its translation.

A long poem or micro “poema” it doesn’t need categorizing. The writing of Angela Greco is rich, exaustive, but avoids excessive richness/length in its lines, attaining fascination and musica-lity. “The Iblei Days” is the telli of a summer vacation in Sicily, a short vacation. The heat, the fires, the rugged beauties of the Iblea area of Sicily. It is filtered through the eyes of the woman poet, alsays a sharp and accurate trasmutating into poetry. On the other, hand if her creativity did not pass through the eyesight, for the person behind that look we would have a product and not an art work. I invite you to reead this poem, listen to the assonance,to the powerful verses, so lovely to read beause devoid of dried-up branches and dead-end rail tracks. Angela Greco ha chosen very strong and suggestive verses for each stanza openingso so that the reading is not only fascinating but also self-aware. I think that poetry draws new lymph, because in its way this is a renewed style of writing. (Flavio Almerighi) –

An owl flies over the awakening. Few cars
behind the glass; another age rises with the sun
from the stone. Voices from the tiny window barely open
instill in the ears absences and dissonance.
Beams seen far away and deep physiological drops
on the involuntary meridian; the zeroed shadow laughs
of the silence behind green reflectors barely slanted.
The parapet aligns the road and shopping bags; get on,
we have time to disinfect our own habits. Little else
rests waiting for us, the hibiscus and his white petals.

Each house has dead fixtures on the outside wall.
The bridge cuts the eyeview in diagonal, we proceed
parallel to the driedup river. On the right side, the wound
of the last recovery opens her eyes on the hillside
burn by August. We live with grasses left to the choice
of a huge, pityless sun. A crack moans un the road;
an olive tree anchors the earth and a agrasshopper
also awaits the sort at three o’clock in the afternoon.
The first floor is on sale held up by mouths that bluff
the muted eye of the nobles left to guard the collapse.

The sun “barocca” [1] the heat; on the circle carved on the door
echoes a distant train towards nord-east.
The old man next door has cane and white hat
to use for morning shopping. On the tilted tile a nest
and a carrub tree sing. The light is blinding. We enter,
there are still dark corners talking to us. Night clings
with the cricket and the last star of an unberable August.
The crack on the wall and the eye far away; in the absence
of rain, a dryness unwanted. Walls without mortar
lie upon cut-down breasts. There is no shade and the road
is marked by one number only. An indication uprooted
like teeth biting lost feet along this place.

The ibean night has eyes of the plains far from the sea.
Outside it seems we can still survive. The corner
of light invests a bridge with many stumps; a river
rises to the south and swallows the earth, making us equal
and gives back transparencies known to your mouth. The morning
then, is a new climax. The wind narrows both eyes and breath;
shakes up the noons, ruffles the tea hour.
Absences ruminate. Here one doesn’t smoke. The breath
is laboring in your direction. The knots undone,
we are trempests beginning to form, waiting for rain.
The way is marked by small cemeteries; brief pauses
among almond fires and August. Time of one flower.
We’ll dry up at the next station ready for Veronica
to wipe away sweat and the road. The sea at our side
until the return.

nota: [1] In Italian the verse begins: “Il sole barocca l’afa”—it is an image that offers no translatable alternatives, hence the translator used “barocca” as in the original. The word is a neologism in Italian, from the adjective “barocco”, meaning baroque. (NdT).

ANGELA GRECO was born on May 1, 1976, in Massafra (Province of Taranto). She lives there with her family. In prose she has published Portraint of a Girl at the Mirror (Stories, Lupo Editor, 2008); Arabesques Carved by the Sun (Terra d’Ulivi 2013); Personal Eden (La Vita Felice, 2015, Introduction by Rita Pacilio); Crossing me (Limina Mentis, 2015, with a photography cycle realized with Giorgio Chiantini and an introductive note by Nunzio Tria); Anamorphosis (Culture Project, Rome, 2017, Introduction by Giorgio Linguaglossa). Ready for September 2017, Contrary Currents (Ensemble Ed., Rome). 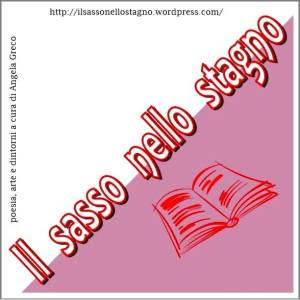 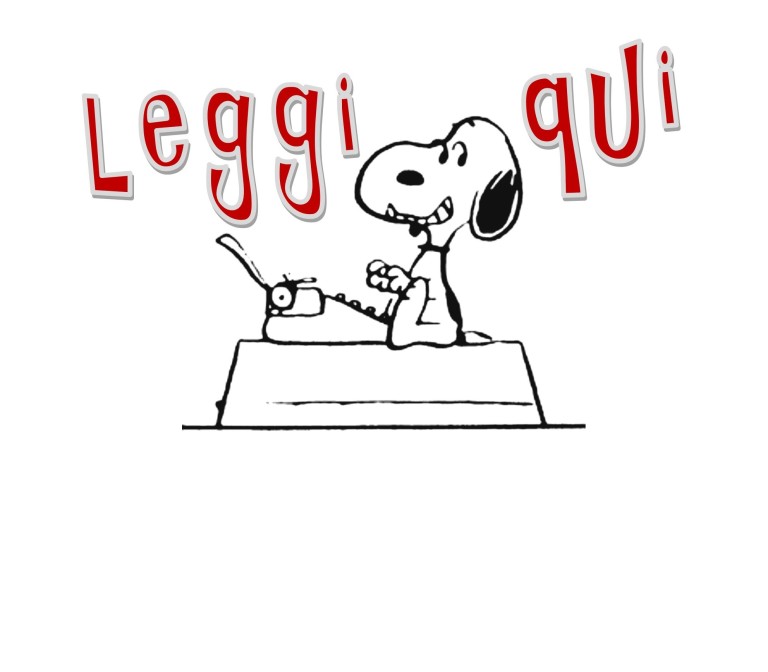